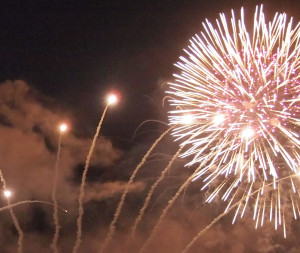 New Year’s resolutions are so much a part of the American consciousness. It seems to be a requirement that you start the year right by making your resolutions. For some, it is a great way to look forward to the next year with purpose and intent.

Yet, for others it is a set-up for failure. Great plans are made, energy is high, but for some that isn’t enough.

To these people, I would like to say: try a new approach. Think about next year as a new start. Period. Don’t force yourself to make a resolution or two (or TEN) that will set you up for judgment or avoidance.

Think about the year in gentle terms of possibilities, desires, interest and fun. Sometimes, a change in perspective is change enough for one New Year’s. 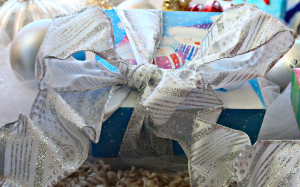 Disappointment is a difficult emotion. It can step in and ruin any experience. You are having a good day, something happens where your expectations are not met, and boom! Disappointment sets in, and the experience is ruined.

Looking at our expectations can help us not be disappointed.

END_OF_DOCUMENT_TOKEN_TO_BE_REPLACED

The “Theory of Everything” tells the story of theoretical physicist Steven Hawking and his wife, Jane. At the age of 21, he was diagnosed with Lou Gehrig’s Disease and given two years to live. He is now 72 years old. The movie tells the story of two dedicated people working to extend his life far beyond what was considered possible. It is a story that presents us with the question, “What is love?”

Their relationship began shortly before he was diagnosed. What started as a relationship filled with excitement and wonder quickly turned into a 25-year struggle for productivity and survival. Jane never gave up hope for Steven, even at a time when a doctor suggested taking him off a ventilator. “Steven must live,” was her statement, and he did. She devoted years to keeping him alive and working, at the expense of her own career and ambitions; even when she was overwhelmed, depressed and angry.

As the disease progresses, you watch as Steven becomes physically handicapped in almost every way. He went from walking with a cane, to using a wheelchair. He could not use his hands to write; eventually, he could not even speak. When he would become discouraged, Jane was by his side, there to help him fight in order to continue his life’s work.

Steven and Jane have an amazing story to tell. Once you look past the extraordinary circumstances, however, you can also clearly see the stages of love (romance, disillusionment and acceptance) that we all experience in our own lives.

It began with romance, passion and excitement. They were happy to be with one another, no matter what the cost. We see this as Steven takes Jane to the May Ball, charms her with unique stories, and agrees to dance even though he doesn’t know how. The evening ends with a fireworks display that is nothing short of magic. She is entranced; he is enthralled.

They create a life together. His disease progresses, they have children, Jane works toward her Ph.D. Romance has ended and disillusionment sets in. Life is no longer what Jane dreamed, grief sets in along with all it brings: depression, anger, denial, and bargaining. This is the point where many relations fail, without the romance the grief overwhelms and the relationship is ended.

Jane decides to stay despite the hardship, and fights for Steven, his life and their relationship. She enters the stage of acceptance. Her romantic dream is dead. Together she and Steven, with the support of a team of others, accomplish truly great things. They raise three children together, and Jane finishes her Ph.D. while Steven lives to continue his work, which receives international acclaim.

In the course of their lives together, both Steven and Jane have choices to make. Jane chooses to stay; however, after 25 years together, Steven chooses otherwise. In the end, he leaves Jane.

An impactful movie that sticks with us as we leave the theater and makes us think about something we experienced as we watched. Their story raises the question, “Was love not enough to keep them together, or did love make those 25 years possible?” Could you even argue that love saved his life?

If you enjoy questions like this, look forward to February. That’s when I’ll reflect on love as it is presented in the media versus what we experience in real life. If you would like to explore the role “love” is playing in your life, I can help you. Call me at: 919-881-2001.

In May of this year Maya Angelou died at the age of 86. She was a wise and respected woman, who grew beyond her abusive childhood and used her early experiences to help others.

At 16, she became the first black female streetcar conductor in San Francisco. Over the next 24 years, she worked as a calypso singer, waitress, dancer, actress, prostitute, and a madam. She began her journey to become the woman most of us knew – the writer, poet, and speaker at President Clinton’s inauguration – when she wrote her first book I Know Why the Caged Bird Sings at the age of 40 .

END_OF_DOCUMENT_TOKEN_TO_BE_REPLACED

Finding it hard to say, “No” is a common problem. People are afraid that they will hurt, disappoint, or anger someone when they say, “No”. We underestimate the value to ourselves of saying no, while overestimating the person reaction to whom we say “no”. A number of factors are often left out of the equation, including how you feel, or the personal costs in emotion, time, and stress, just to name a few.

A common reason that we do not say, “No” is because we believe it would be selfish to do so.

You need to be selfish to take care of yourself. Without self-care there will be very little of you to give to others. Times when you don’t care about others and only care about yourself  selfish does become a negative.

A few pointers as you learn to say, “no”:

1. A simple and polite “no” is sufficient:

You are not required to explain yourself when saying no. Be clear and firm. This is “no,”not “maybe”.

2. Not responding to the question at all is an answer as well, and it sends its own message:

Often, this behavior comes across as rude, and it is a surefire way to make people angry.

3. If you need time to build your confidence to say, “No,” respond with “let me think about this”:

If you respond in this way, it is important to get back to the person with your decision as quickly as you are able.

4. If an explanation would be helpful, make it brief:

“ I am very busy at this moment” is a sufficient answer.

5.If you have the time and simply do not want to do what is being asked, you are not available:

“I am not available” is a simple, truthful response.

6. At times when your answer is “no,” THere might be something you can give:

Offer alternatives – suggest another source of help, or a compromise that also fits with your needs. For example, “ I cannot help you all day Saturday, but I am available on Sunday from 1:00 to 3:00.”

Learning to say no takes time, practice and support. At first, you may have really difficult feelings; however as you begin to say, “No,” it will become easier. You will gain confidence in your ability to make wise decisions for yourself. “No” will become a valuable word in your vocabulary.