Having a problem with addiction? You are not alone. 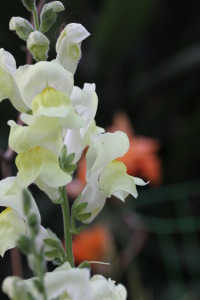 I began my career in the 1980’s as a consultant in a drug and alcohol treatment hospital. My job was to listen to stories of individuals from every walk of life on their fifth step of a 12-Step program, in a caring, nonjudgmental way.

For those who are not familiar, the fifth step is the moment when an addict tells their personal story to God, and to another person. As I listened, I was astonished to realize that every story held the same elements. Each story came from a person trying to deal with emotions he or she could not face. Some of these people were surrounded with people: family, friends, social groups and were members a church. Even so, they felt isolated, and were sure that if anyone knew who they really were, they would be rejected. They had no one with whom they could share their struggles or ask for help. They had bad feelings about themselves, and believed they were not worthy of love or help. Who they were inside was a secret.

Everyone to whom I listened was ashamed of themselves. They harbored negative feelings about who they were, and how they had failed both themselves and the people in their lives. They felt hopeless and helpless. They were consumed by guilt, shame, and anger.

The Fifth Step- Not a Confession

The fifth step was not a confession of “sin” to add more guilt or shame, but a way to openly and honestly share their pain, shame, guilt and anger. It allowed them to experience having someone hear what they had done to hurt themselves and others without the fear of rejection so that they could begin to come out of isolation.To this day, as I listen to men and women who struggle with addiction, their behavior makes perfect sense. These people are not “bad” or “crazy.” They are people who are trying to manage unmanageable feelings. They judge themselves, and are afraid others will as well. Addiction is the only way they know to soothe intolerable feelings. As the years proceeded, what began as a way to manage life’s intolerable feelings became an uncontrollable habit. For many, because of the effect of addiction on the nervous system, it even became a necessity.

Having successfully worked with many people with addictions, I have come to the conclusion that having a safe place where someone can talk freely allows the healing process to begin. Once a person developed a safe, caring relationship with me, one in which they could communicate without fear of judgment, their burdens lessened. They learned that by not having to face life alone, they could begin to see and develop the strengths inside of them. Life began to be more manageable and they started developing new strategies for life. They were able to ask for help and solve their problems, meeting life’s demands with help and confidence. They became able to form close helpful relationships, self-soothe, and find the strength or resources inside themselves to live a safe and satisfying life.